Nipple suckers will make your nipples more sensitive, allowing for better stimulation. What else? Oh yeah, nipple orgasms! Did you ever hear about them? They’re all too real and oh so fantastic.

So, if you’d like to be a part of the group of people who enjoy these things, read on.

The Importance of Foreplay

You’d be surprised how many people think they can just skip this step. That’s why we believe we should mention what makes foreplay so important.

Besides, it is just fun! It doesn’t need to last a long time. Sometimes, foreplay can be all you need to experience orgasms. That’s why you should never skip it.

Female erogenous zones are numerous. Some of them include thighs, butts, earlobes, necks, and breasts. So, how does stimulating them help? In more ways than you might think.

Stimulating different erogenous zones can trigger different kinds of female orgasms. Clitoral orgasms aren’t all that exists, you know! While stimulation helps with overall pleasure, we want to focus on one specific zone and what stimulating it can do for you.

Nipples are a super-sensitive part of our bodies. Many people consider it their special hot spot. All you need is a light touch to stimulate them. However, you can do so much more than that. There are sex toys made specifically for nipples. Nipple clamps, for example. They’re one of the staples when it comes to nipple play.

What does stimulating your nipples do? Nipples have a lot of nerve endings, that’s why any stimulation is going to feel good. Another important thing to remember is that there’s such a thing as a nipple orgasm.

Why Does It Feel Good When Your Nipples Are Sucked? 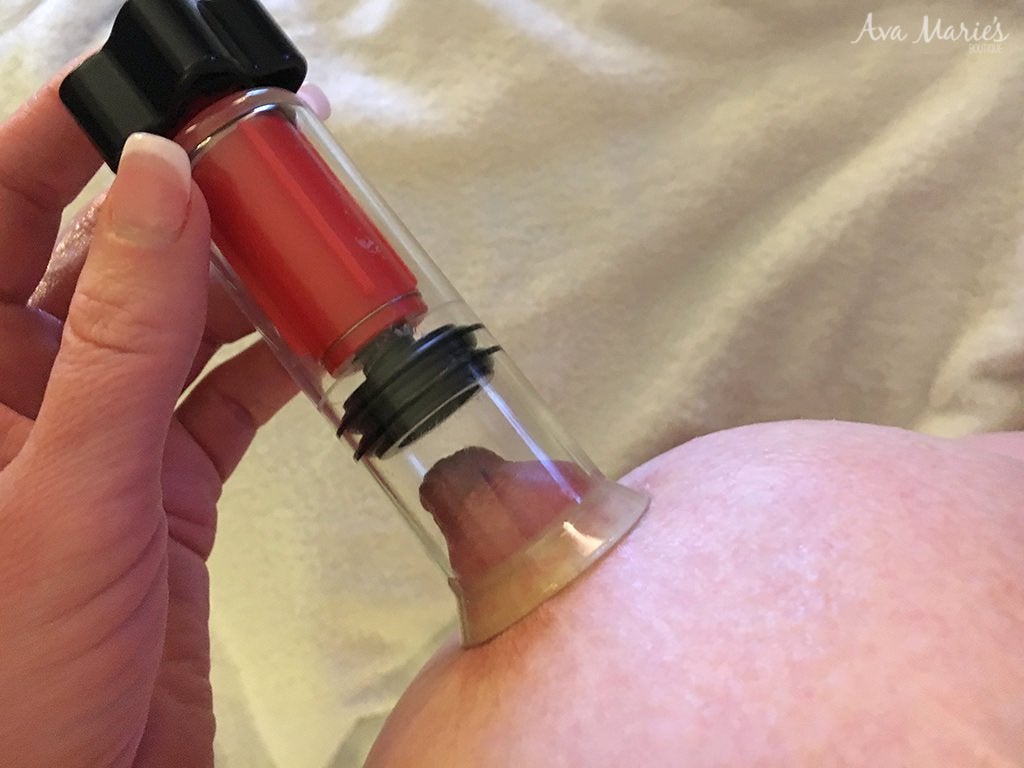 Sexual pleasure can come from different areas of the body, including your nipples. The numerous nerve endings make you feel everything more intensely. But is that all there is to it? Not really.

When your breasts are sucked, that motion speeds up the blood flow and brings it to the surface. That makes the area way more sensitive. So, there’s some science to it besides the obvious fact that it’s just sexy.

But what happens when you crave that feeling but have nobody to do all the sucking? Unless you can somehow put your own boob in your mouth, you’re kind of stuck. Or are you? There’s something we think can help you out.

We welcome you to the wondrous world of the nipple suckers. We know that sounds like an agency that employs people to suck other’s nipples, but that’s (sadly?) not the case. On the other side of things, these toys allow you that feeling you’re craving.

These amazing little fellows bring nipple sucking to a whole new level. Unfortunately, they’re not quite as known as nipple clamps. Still, if you’re into tit play, this is something you just have to give a try.

Now, let’s talk about these suckers. They’re also known as pumps or vacuums, and that alone tells you about their purpose. If you were ever a breastfeeding mom with a pump, you know what this is all about. If not, sit tight because we’re about to break it down.

Nipple suckers come in many different designs. They’re usually split into two main groups: those that are bell-shaped and those that are cup-shaped. The former can be less intense, though they still provide enough stimulation, while the latter provide a better vacuum. That means you should pick based on whatever you prefer more.

They’re made with care and require different materials. We know of silicone, hard plastic, and even glass nipple suckers. But what do they really do? This sex toy creates a vacuum over the nipple, speeding up the blood flow, making your nipple enlarged and more sensitive.

This isn’t a sex toy for prolonged use or for continual stimulation. You shouldn’t use it for longer than 30 minutes at a time. Playing with blood flow isn’t something that can’t cause issues. So be careful in ways you go about it.

Using these nipple suckers really isn’t difficult at all. All you need to do is place them on your nipple, press down on the cup, and let the do its job. Best of all, you can purchase these sex toys both online and in designated sex shops. So, get to shopping!

We know that nipple play isn’t exactly for everyone. Some people just don’t have nipples that are sensitive enough. In their case, it does absolutely nothing.

However, they can change their sensitivity with the use of nipple suckers. We’re sure that will change their minds and maybe even help them reach a nipple orgasm too. It’s much different than the vaginal orgasm, that’s for sure. People describe them as something that builds up slowly and then catches you by surprise. That sounds like an adventure worth undertaking. We hope you give it a chance.